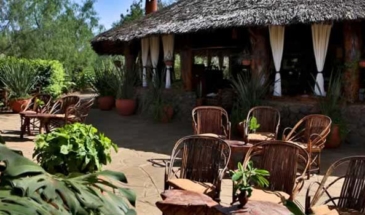 Our 12 days grand tour of Kenya safari takes you to the first ever National Park in Kenya (Amboseli), Kenya’s fertile central highlands,…

Our 12 days grand tour of Kenya safari takes you to the first ever National Park in Kenya (Amboseli), Kenya’s fertile central highlands, to the northern frontier of Samburu, to the world famous Bird Sanctuaries of the Great Rift Valley Lakes Baringo, Bogoria and Nakuru, then South over the Mau Escarpment to Kenya’s greatest concentration of game – the Masai Mara. Kenya’s rift valley escarpments offer some of the most breath taking views, whilst the diversity in culture, history and wildlife on this 12 day tour make it a fantastic option and will leave a distinctly diverse memory of Kenya in your mind.

We depart Nairobi in the morning and drive south through Masai country to the plains below Mt. Kilimanjaro where Amboseli is situated. After a stopover lunch at the lodge we proceed into the scenic Amboseli National Park for a game drive returning to the lodge in the evening for a sun downer.

The waters from melted snow drain down Mt. Kilimanjaro under lava flows and surface in Amboseli, creating a green belt of swampland amidst dusty plains.   Here buffaloes, lions, gazelles, cheetahs, wildebeest, hyenas, jackals, warthogs, Masai Giraffes, zebra, baboon, hippos and waterbuck can be seen against the backdrop of the magnificent snow-capped mountain.

After a leisurely breakfast, we explore the park through morning and afternoon game drives. We have sufficient time for relaxation at the lodge, complete with the majestic Mt. Kilimanjaro in the background.

At 329 sq km Amboseli is a small park and lacks the profusion of animal species found in the Mara, but the landscape provides limited cover so we have better chances of seeing some of the larger predators.

We leave Amboseli, viewing game as we drive via Nairobi to the Aberdares to enjoy the experience of staying in a Tree Hotel or lodge overlooking floodlit waterholes where wildlife and birds regularly visit. Dinner and a well deserved sleep thereafter.

Over 40 species of wildlife inhabit the Aberdare mountain ranges, hiding in the heavily forested slopes and in the upper moor lands. The Aberdares is noted as a rhino sanctuary but keep an eye out for the elusive rare bongo, and leopard.

After breakfast we proceed further north across the Equator to the edge of the Northern Frontier. Arrival will be in time for lunch and an afternoon game drive returning in time for a sun downer and dinner at the lodge.

Samburu is part of a lava plain that includes a diverse landscape of thorn scrub, red dirt, dried river beds, broken volcanic rock, steep hills, and rocky outcroppings. This reserve is becoming one of Kenya’s most admired stops after the Mara. Sights of the peculiarly branched doum palms and thorn trees give an unusual look to the region.

The whole day will be spent relaxing and leisurely exploring the Samburu National Reserve through morning and afternoon game drives. You may opt to do some of the activities offered at the lodges for at an optional cost.

The Ewaso Nyiro river acts like a lure for the abundant species found here and it is common to see elephants wading across to get to the other side. Look out for crocodiles on the edge of the lake as well as lion and numerous other herbivores and bird species.

We enjoy a final early morning game drive in the Samburu reserve then depart for the Mt. Kenya region. Arrival at the lodge in time for you to enjoy the facilities of the lodge, explore the Mount Kenya National Park or take an optional tour to the nearby Ol pejeta conservancy which is home to Chimpanzees and is the largest black rhino sanctuary.

Mount Kenya was shaped by volcanic action linked with the creation of the Rift Valley and is thought to be older than Mount Kilimanjaro; geologists believe it previously stretched at least 1500m above its present height of 5199m (17,057ft). The Kikuyu people settled in the central highlands some 300 years ago called the mountain “Ngai” (God) who they believed lived on the top of Mount Kenya.

Morning drive via the Thomson Falls down to the shallow soda Lake Bogoria and later to the beautiful lake Baringo. Options at Lake Baringo include a boat ride, evening bird walk or visit to a local Njemps village. Dinner and overnight at the lodge/ tented camp.

The Thomson Falls were named after Joseph Thomson who walked from Mombasa to Lake Victoria in the early 1880s; these falls are shaped by the waters of the Ewaso Narok River and plunge over 72m into a rift, spraying the dark forest below.

In the spectacular Lake Bogoria; hot springs and geysers are the main attractions. The lake has been called ‘the new home of the flamingo’ with a nomad population of up to two million birds.

Lake Baringo is the most Northerly of Kenya’s small Rift Valley lakes; creased with papyrus and well developed acacia forest. Hippos, crocodiles and monitor lizards are effortlessly seen from the shore, as is a magnificent display of water birds. This is Kenya’s bird watching centre with over 1200 different species native to the country and more than 450 sighted here. A bird watcher’s haven but beware, this is malaria land so it is best to come prepared with plenty of mosquito repellent.

We enjoy a morning boat ride in search of hippo, crocodile, and fish eagle and depart with packed lunch towards Lake Nakuru and Nakuru National Park in time for an afternoon game drive.

The park covers 180 sq km and is home to warthogs, waterbuck, buffaloes, reedbucks, and the occasional leopard. White and black rhinos were introduced to the park some years ago and you will find white rhino at the southern end. The park has also retained its reputation as an ornithologists’ delight with more than 400 species of bird found here. We spend the night at Kembu campsite just outside of town.

After an early breakfast, we depart for Masai Mara National Reserve via the Great Rift Valley arriving in time for lunch at the lodge. We then proceed on an afternoon game drive returning to the lodge for a delicious sun downer and dinner at the lodge or luxury tented camp.

The Mara reserve is 1510 sq km of incredible wide-open landscapes and fertile riverside woodland and one glimpse is enough to explain its appeal; it is typical savannah, with a mass of amazing wildlife. Wherever you go in the Mara you will see a frequent amount of wildlife such as Masai giraffe, baboons, warthogs, bat eared foxes, grey jackals, spotted hyena, topis, impala, hartebeests, wildebeest. Elephants, buffaloes, zebras and hippos also exist in great numbers. It is also common to see lions either basking after a heavy meal, or surveying the plains for their next meal. Cheetahs and leopards are harder to spot but are still reasonably common.

The next two days shall be spent viewing game, in the early morning hours and in the evenings as this is when we have the best chances of seeing wildlife. The ultimate action here is without doubt the annual wildebeest exodus in July and August when millions of these grass eaters move north from the Serengeti in search of lusher grass before turning south again in October.

You may also opt to do some of the activities offered by the lodge such as balloon ride or visit to a Masai village/local school. On clear days, the Masai Mara offers fantastic orange tinted sunsets and you will definitely want to capture this moment while sipping on a sun downer back at the lodge.

Balloon trips are an entirely outstanding way of seeing the savannah plains and the wildlife after which you come back down for a beautiful champagne breakfast. These trips can be arranged at our office upon booking.

After a final early morning game drive we depart for Nairobi with packed lunches arriving in the afternoon hours. Drop off at your hotel or airport depending on arrangements made. End of services.

There are no reviews yet.